Some Filler Words in English That, You Know, Like Mustn’t Be Used 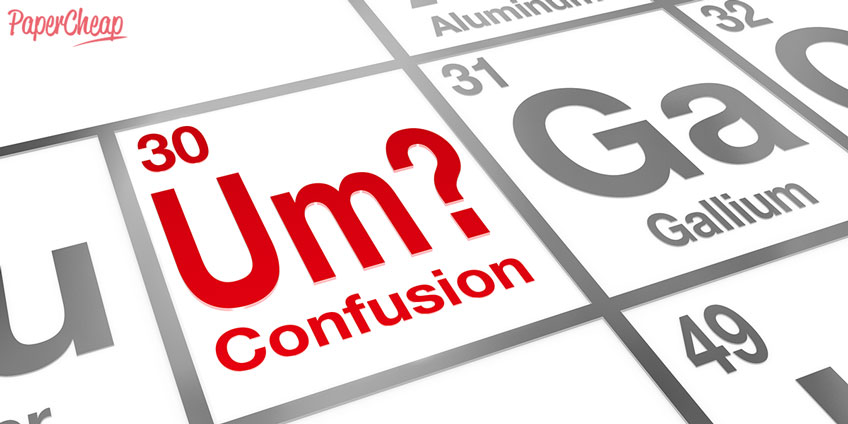 Linguists pay hardly any attention to these language units. Besides, it’s more than likely that they use filler words, or simply fillers, in their own writings and speech. Just like anybody else of the human kind.

If you’ve been patient enough, you could notice the two fillers in the previous sentence.

But the interesting thing about these guys is that they are really difficult to identify unless they overcrowd your professor’s monologue or a text you’re reading. What’s more, a person who always uses one or two fillers in her speech almost never realises that. To be precise, she just doesn’t know that what she’s suddenly blurted out is a filler.

Oops, I did it again. Can you see that filler word? Below we’ll discuss in more detail whether it’s a dreadful linguistic crime to use them or not.

And now let’s make out what filler words are and why we usually attach so little significance to them, while we can be very irritated with their abundance in our interlocutor’s speech.

What You Should Consider as a Filler

As the name suggests, it is a sound, word or phrase that fills an unintentional or sometimes deliberate gap in a speech. However, you can come across fillers in writing as well. Below in this post we’ll try to define the most typical fillers in people’s everyday dialogues and in students’ college essays.

Interestingly, our extensive usage of these sounds and words is not only a linguistic issue. Psychologists and psycholinguists also research into it and try to answer the question why we tend to stuff a “well”, an “um”, or a “you know” into what we say, especially when we are under stress, nervous and uncertain. However, there’s still no clear explanation of that.

Another remarkable feature of fillers is that they carry not just meanings, like normal words, but pretty informative messages. They clearly signal that we need a pause to think, or that we want to attract our interlocutor’s attention, or that we want to connect a new thought with a previous one.

So, it’s not right to consider that filler words are meaningless and unnecessary. The hints they drop can be very essential for understanding speakers’ moods, intentions, and attitudes to a topic of their discussion.

By the way, there’s no single list of fillers in the English language. The authors of some articles I checked before writing this post include absolutely normal – in my humble opinion – words into such a list. Probably, if these words are repeated in each and every sentence of your speech or writing, they do turn into fillers. Nevertheless, I still can’t put up with the fact that “absolutely” is a filler…

But Why Fillers Do Irritate 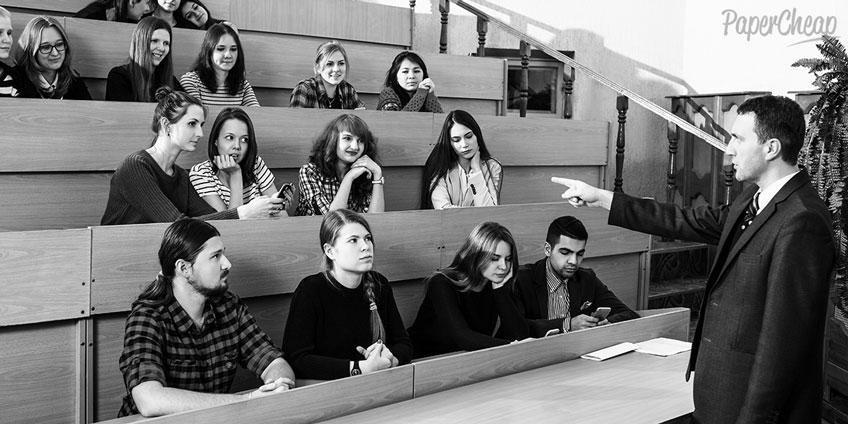 Even though now we know when and why people use filler sounds and/or words, it’s still difficult to disagree that frequent “er-s”, “so-s”, and “okay-s” jar on our ears, to put it mildly. And when a writing bristles with “really-s” or “just-s”, the main idea of its author gets somewhat blurred.

We surely can take fillers as extra weight of people’s speeches which carries no meaning and benefit. However, these words tell you a lot about a person you’re listening to, though not about what exactly he or she wants to say.

For example, you can easily distinguish an inexperienced lecturer by hearing how they try to choose the right word or remember the right term substituting it with an “um-m-m” or “we-e-ll”. A good HR-manager can define whether an interviewee feels confident of the answers they give by counting the number of their “so-o-o” and “I actually mean”.

Now you see what you should pay attention to in your own speech. Don’t be shy to listen to yourself when you’re talking or to reread your college paper. You might find something that really gets on people’s nerves, but your discovery will help you improve the situation.

How? We’ll check it out down below. But first let’s face all main heroes (or, rather, villains) of this post.

What Gap Fillers You Might Often Use in Your Speech

Before we start, let’s agree that there’s nothing bad or silly in using these words. But as you do know how unbearable it may be to listen to a lecturer who puts an “um” after every second word of his speech, you definitely don’t want your own performances to annoy your audience. Even if it’s only one person.

These are probably the most meaningless fillers, but they are very common for our everyday speech. It’s fine if you use them when you just start answering your interlocutor’s question, for example. But you should avoid inserting them into the beginning of every sentence.

It’s an inoffensive word, seriously. But when it turns to your first reaction to everything your mom tells you, “okay” somehow loses its initial positive meaning. What if something your mom says isn’t “okay” for her and in general?

Yes, this word can be not only a verb, a noun (remember how many “likes” on Facebook you’ve got today), or a preposition. It also functions as quite an irritating filler, which you stuff into any part of a sentence, literally. But, honestly, this word isn’t worth it.

Rhetoric is good. Rhetoric can be very welcomed. But not in case it turns every normal statement into an ambiguous question, be ready that your interlocutor may once reply: “Wrong!”.

Yes, your audience, your interviewer, and even your friends – they all know that life is an intricate thing, that taxes are getting higher, and many other things. Even if they don’t know about it all, it’s you who is expected to tell them the latest news. So, don’t overuse this phrase.

If you’re asked to repeat or clarify what you’ve just said, you can surely start with this filler. But there’s no need to highlight what you mean every time you are to speak.

What Fillers You Might Regularly Insert into Your Essays

Here it’s important to highlight that filler words in writing appear much more meaningful and purposeful. But due to that they can overload a text with unnecessary interconnections and self-evident clarifications. Take a look at the list below and check which of these words you often use in your papers.

It seems good for connecting paragraphs logically as well as for starting a conclusion of your essay. It’s just versatile. But make sure you use no more than two times in your paper.

Do you know that Ronald Reagan, the 40th President of the United States, was well-known for using this filler in his speeches? I recommend using it once if you need so badly for an effect. Don’t spam with it.

It’s helpful in a role of an attribute and adverbial modifier of time. However, it’s not necessary in just every second sentence. Even if you just want to be closer to your reader.

I know many of us like this word. It’s so conveniently short and ubiquitous. But when I realise I want to use it for the third of fourth time, I give up and omit it. Or I use “truly” instead.

Again, it’s a very helpful word, especially when aren’t sure about the article you should put. But I recommend you checking the rules of its usage and refrain from making it an irritating filler.

Are you shocked? Either am I. But modern linguists advise not to use it. I mean, not to use it very often. It is considered unnecessary when what you’re writing about is actual as it is.

How to Free Your Writing and Speaking Style from Fillers 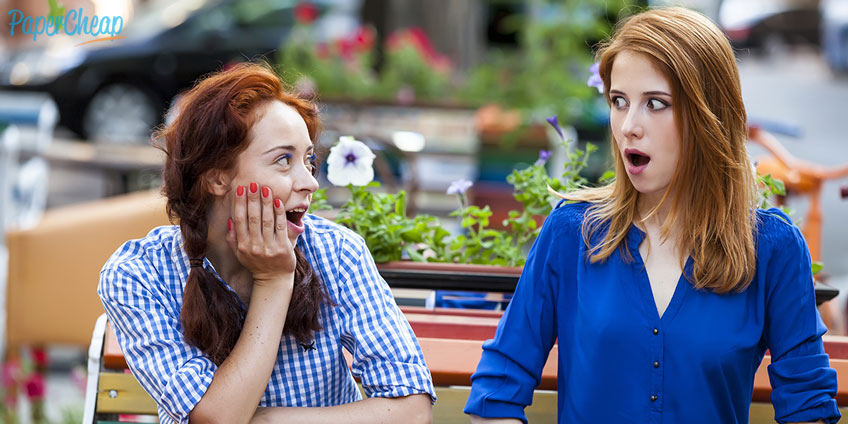 As soon as you realise (or someone very caring points out) that you use to many of such words, you’d better start cutting them from your dialogues, monologues, and/or essays. If you want to know for sure which fillers appear your favorites, you can record your own mock speech on any topic and then analyse it. Or you can check some of your latest papers for the words I’ve listed above.

Got it? Good. Now let’s see how to get rid of them.

But Should We Still Consider Fillers a Taboo?

As a writer, educator, and teacher I’d tell you that we should try to avoid using these words in both our writing and speech. But as an ordinary human who uses them here and there, I’d tell you that fillers are definitely much better than curses or just rude words.

So, yes, use them but don’t let them carry you away into mumbling something uncertain and unclear. Use fillers smartly when you want attention, when you need to highlight the connection between two thoughts, when you just feel like it’s quite proper to say “um-m-m” in this or that situation. (Okay, I’m just making fun here.)

Still, be careful with filler words. Let them come into but don’t let them invade your smart and confident speech or essay.