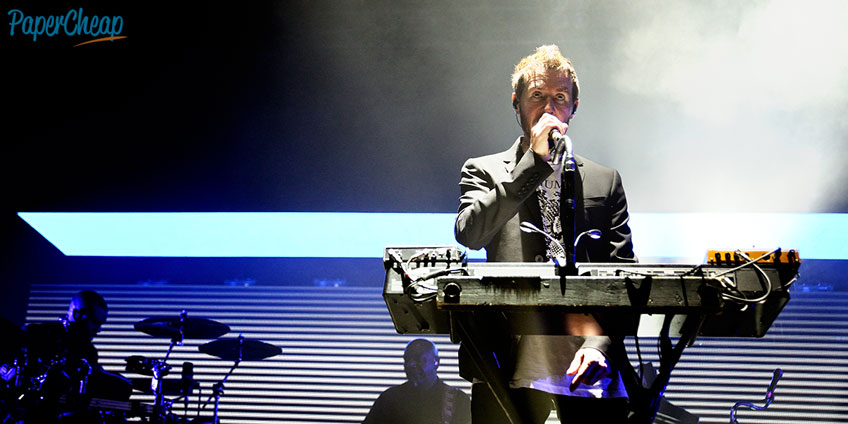 Massive Attack is not a weird combination of words, it’s one of the most critically praised electronic bands of all time. Apart from being the founders of the aforementioned genre, they are just... still great to listen to.

But if you want to know more about the first aspect, namely the beginning of trip-hop as a genre, you should keep in mind that Blue Lines is not just the best album by Massive Attack. Mezzanine can create a rivalry in the battle though, as it also has lots of fans. It’s actually this starting point. Isn’t that enough for some kind of double praise for us?

It definitely is, but another double praise is a safe way you can pay for essays and be sure your homework is done as it should be. Please keep that in mind and don’t hesitate to get in touch with our professionals.

What is trip-hop as now it is seen by us? Well, you definitely need to know that when making their first records, Massive Attack were not so genre-savvy as we might think of them. That’s a typical story, of course, so there’s nothing weird in it.

When something completely new is created, no one actually knows how it’s going to be called by a critic afterwards, although the understanding that something new is shaped “here and now” can be present.

That’s how everything happened with Blue Lines: no one knows what exactly was being done, but what had been done was no less than groundbreaking, as it actually turned out. So, what is that breakthrough all about?

Dance music stemming from the legendary British rave culture was combined with hip-hop to create something totally new, adding more intellectual side to it and more urban feel (not to be confused with IDM music, yes, the weird term by any reckoning).

Here we will talk about each song of the album and briefly share our personal impressions with you.

But before we jump to it, let us just remind you that you can always avail our high-quality writing service and get help with your assignments.

What a start! With sleek hypnotizing beats the needed alarming urban atmosphere of danger and change is created. That sets the tone for the whole album perfectly, and Shara Nelson appears not only here, but also on several other tracks of the album.

You may think that this is one of the weakest song on the album with the singer delivering weird vocals. But listen to it more carefully, and perhaps you’ll be able to notice a colorful and unique mood. This song starts the trend of more “dreamlike” direction on the album, though the whole album is unabashedly romantic. Urbanely romantic, if such a thing exists.

What a supreme lounge feeling! This song is often missing from any list of the best songs of the album despite the fact that it gave it the name. What can be said about it? Undeservedly so! Each of those intertwining voices is telling its own story and converging so that at a certain point you forget about daily routine, and you are plunged in a somewhat foggy and idle atmosphere.

Be Thankful for What You’ve Got

Another upbeat composition. Yes, you recognize the vocalist from the second track. Some weird hip-hop doesn’t spoil the whole picture here.

And if you don’t want to spoil your diploma with low grades, you’d better do your homework regularly. If you happen to lack ideas, get some essay topics from creative professionals.

When you come to listen to the most iconic track not only on Blue Lines, but in Massive Attack discography, you’ve already made up your mind about what Blue Lines is as an album. Or what it may sound like as it has not come to an end.

And here some X factor encounters you: after listening to this song, you realize that you are now listening to a masterpiece of an album. Yes, the best albums are tightly built with the least fillers as possible, but sometimes this rule can be broken. Several highlights or even one gem happens to be enough. That’s the case with Unfinished Sympathy. No intention to cast doubts on any other song of the album, of course.

The most romantic and dreamy song of Blue Lines. What else can be said? Strong and memorable entry.

Summertime sadness is not only Lana del Rey’s topic. This song captures perfectly that atmosphere of longing. The several last August days with their bitter and dreamy vibe are perhaps the first association that springs to mind.

Hymn of a Big Wheel

Another optimistic entry. Perfect closing of the album.

Blue Lines is a unique album with each song suggesting a certain mood or nuance in it, getting those pieces altogether at the same time. It’s no wonder that the album is on numerous lists of the greatest albums of all time, where its position is startlingly solid.

The existence of such albums that never age is another argument for giving into modern music for those who have not experienced all the scope of its magic. It’s romantic, lounge-inflected, and irresistibly beautiful.

But if music distracts you from doing your homework, that’s not a big problem: you can solve it once and forever by choosing the right website to buy essays.