Marvel's movie series about Avengers is top-rated among people all over the world: From the USA to Russia, and from Canada to Australia. Avengers belong to the most expensive Hollywood franchises, and even after the epic Endgame movie was shown, Marvel isn’t going to stop producing them. 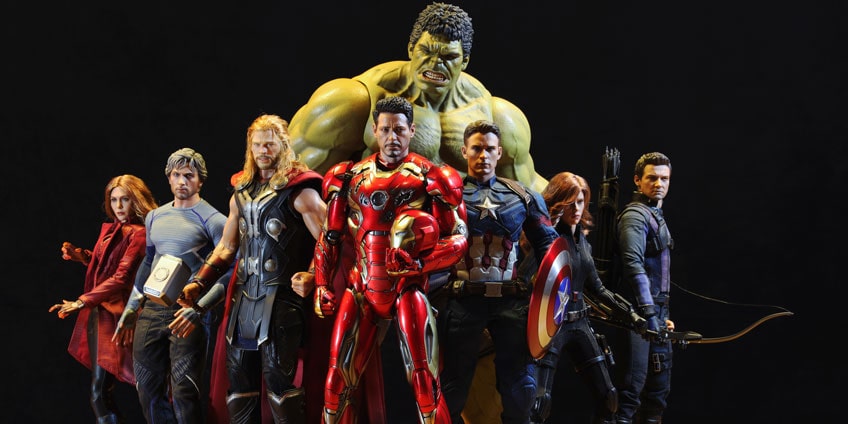 Probably, hundreds of thousands of students watched Avengers movies by Marvel in cinemas throughout the years. Why do students like these Marvel's films so much? This article should be perceived as some essay writing about the cult movie franchise. It's not a review though, just five reasons why students all over the world like Marvel's Avengers much.

1. Avengers is about the Story

There are many Hollywood movies with cool graphics and high budgets, but they mostly do not have anything but CGI solutions to offer viewers. You know that, don’t you? After such a soulless film is over, you leave the cinema hall being impressed with landscapes and lighting effects shown on the big screen. But then you realize there is nothing more you remembered about the movie.

Avengers is different. In addition to high-end graphics effects and advanced animations, they have many great stories to offer. The Iron Man, Thor, Captain America, Hulk, Spider-Man, Black Panther, and all other heroes have their deeply processed and carefully used stories. Marvel's directors and screenplay writers nicely show their characters on screens, allow creeds of heroes evolving from one movie to another, create conflicts between friends, and make former enemies be allies before the face of a superior threat.

Stories which all characters have behind them influence their behavior and decisions. Additionally, Marvel's Avengers have unique superpowers they use for good or evil, to save who they love, build something new, or destroy existing things.

As the viewer of Avengers, you won’t see two similar characters placed in that universe. They all are different. They have reasons to be who they are and to make their decisions. Marvel's heroes are created so well that secondary characters like Loki or the Rocket Raccoon are favorite among fans not less than main franchise protagonists like Tony Stark, Thor or Star-Lord.

Films which are parts of Marvel's Avengers universe and franchise always raise questions and matters having a colossal meaning for everyone's life. Through their characters, creators show the essence of real friendship (Captain America & Tony Stark), courage and bravery (Thor, Star-Lord), love and hate (Thanos and actually everyone), dedication, and decisiveness.

Apparently, for students, especially first-grade newbie ones, Avengers may even strengthen their motivation to go in for studying, learning new things, developing personalities to become stronger and try changing the world positively in the future.

In a word, Marvel's Avengers transmit values, which mean a lot to every person in their movies, and this is the substantial reason for the franchise's popularity.

Despite addressing serious topics mentioned above, in Avengers, you always find a place for fun. Every film is willed with concentrated doses of humor, which still never make fans feel like there is too much fun in a serious scene.

Jokes, curious moments, and black humor moments serve not only to make viewers laugh but to show heroes as living persons once more, to reveal sides of their characters which are usually hidden or too poorly shown to notice them.

The fifth point is rather a summary, a conclusion, and the main reason why young people and partially students like the Marvel's Universe and Avengers.

Probably every fan of Avengers knows that superheroes with superpowers are fictional. But when watching movies of this marvelous franchise, everyone feels intense emotions, and it frequently seems that problems shown on the screen belong to this world, that they are more than just real. They are personal for every fan or viewer.

But any superhero can overcome all troubles they get. And if they can do it, everyone can.

It is one of the main reasons why Avengers are loved all over the world: they show there always is hope, and there is still a chance to find a way out, to solve the problem, to make it through the darkest hour and to see the sunrise one more time.